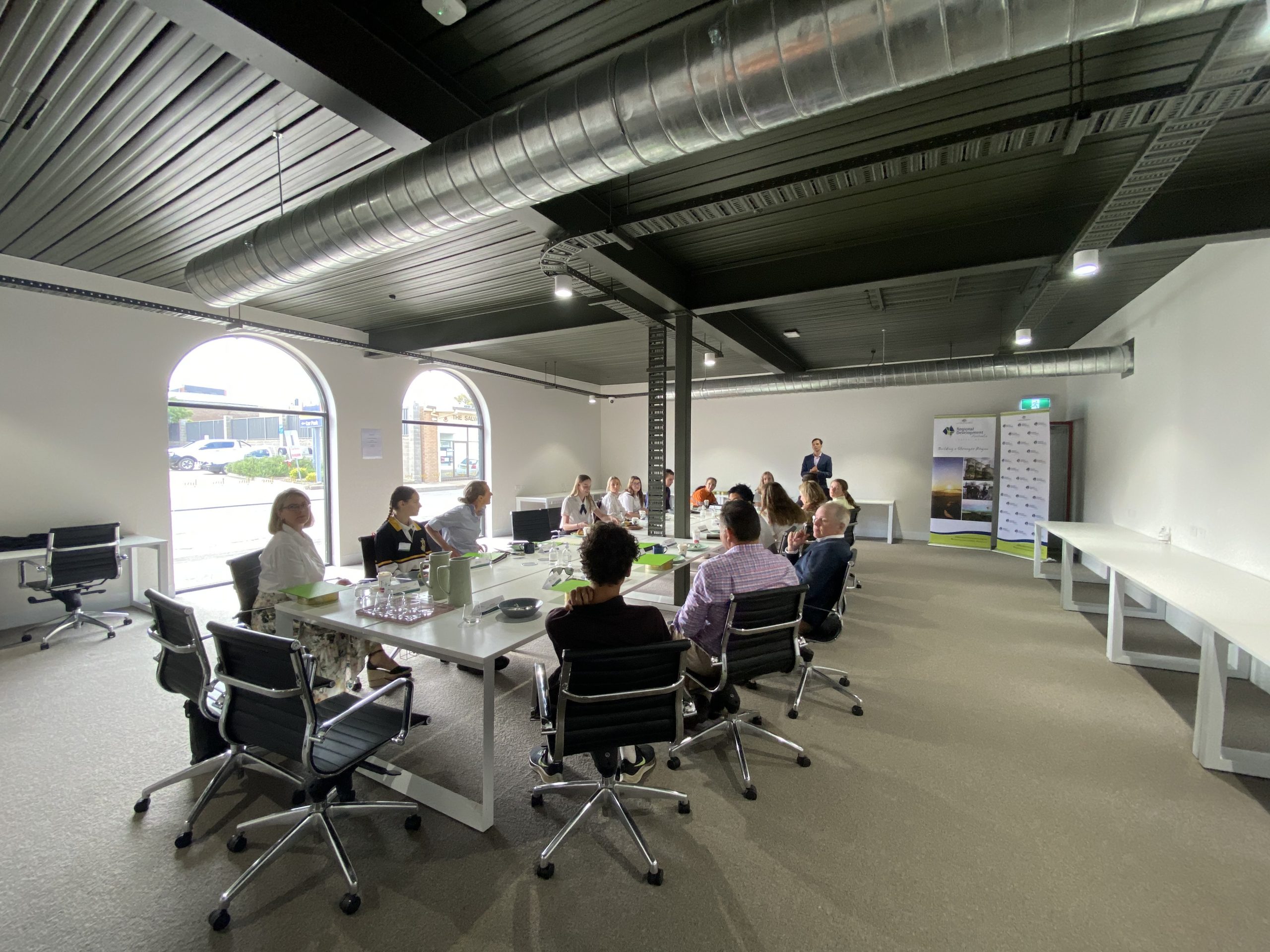 The TEN4TEN Leadership Dialogue run by Regional Development Australia (RDA) Central West has been hailed a big success after the program celebrated its first year last week at Hive Orange.

Over the past six months ten Year 11 students from Orange, Molong and Canowindra were partnered with ten community champions for a unique mentoring experience

RDA Central West CEO, Sam Harma said despite the challenges everyone has faced this year due to COVID-19, the enthusiasm and engagement from the participating students and mentors has been impressive and inspiring.

“Leadership is at the core of our program and mentoring plays a major role in fostering the next generation of young leaders,” said Mr Harma.

“I want to thank the mentors who have been involved in the first year of the TEN4TEN program and given up their time, provided support and advice and imparted their expertise to the first cohort of students.

“I would also like to acknowledge the ten students selected to take part in TEN4TEN and congratulate them on being successful, for displaying exemplary leadership skills and making the most of the experience.”

The program officially launched in July and started with a speed networking event between the students and mentors. The guest speaker was the Hon. Fiona Nash – Strategic Adviser at Charles Sturt University.

Following the launch, the students visited Orange City Council for afternoon tea with Mayor Reg Kid, council’s directors and CEO; took part in a lunch with Federal Member for Calare, Andrew Gee MP at Hive Orange and enjoyed a BBQ with Member for Orange, Phil Donato MP at his Orange electorate office.

“The TEN4TEN Leadership Dialogue has forged new partnerships, opened doors, offered advice, acted as both a learning and teaching experience but more importantly, provided a window into the countless opportunities that are available in regional New South Wales and more specifically – here in the Central West,” added Mr Harma.

“The Central West is home to a high calibre of leaders and this was evident at the very beginning of the program. The future of our region is bright, and in good hands!”

RDA Central West intends to deliver the TEN4TEN Leadership Dialogue again in 2021. Find out more about the program on the RDA Central West website at www.rdacentralwest.org.au/projects/ten4ten

One of Regional Development Australia (RDA) Central West’s most experienced members, Ruth Fagan, has been appointed as the organisation’s new Chair. Assistant Minister for Regional Development and Territories, Hon. Nola Marino MP, welcomed the new appointment. “I am pleased to announce the appointment of Ruth Fagan to 30 June 2025,” said Minister Marino. “Mrs Fagan […]

More than 60 producers and growers have already signed up to Regional Development Australia (RDA) Central West’s Farm to Organisation Producer Directory. ‘Farm to Organisation’ is a first of its kind approach to creating new pathways for producers and farmers to market directly to local businesses, organisations and institutions such as schools, restaurants and health […]